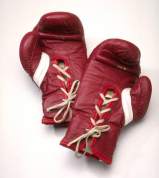 Written by Louis Landolph
For the LA MMA Fitness Examiner

“During his reign atop the sport in the late 1990s he was the prototype — he could strike with the best strikers; he could grapple with the best grapplers; his endurance was second to none. “— describing UFC champion Frank Shamrock‘s early dominance [19]

Simple, direct and informative, the Wikipedia reference (above) from Mike Sloan in 2007, makes a critical point.  Mixed Martial Artists (MMA’s)  have the option to train and fight with a variety of techniques.  A champion may tap any combination of many disciplines.  Successful fighters today usually have a basis in some form of wrestling (American and Brazilian are common), some grappling (no-Gi style Judo is an increasingly common favorite, though American and Brazilian Jiu Jitsu wrestling incorporate a variety of techniques also prevalent in MMA fights), and “striking” (pick any or none, depending on the fighter, from: Boxing, Kickboxing, MMA fusion gym classes, Kenpo, Karate Do, and more).

American NCAA style moves are prevalent in the styles of famous American fighters including 2000 NCAA Division 1 Wrestling Champion Brock Lesnar and accomplished Pride, UFC, and Strikeforce Veteran  Dan Henderson.  I could name many more, but those two are particularly notable, Lesnar for his current (if fading) fame, and “Hendo” for his glorious and lasting, hard-fought career.

Brazilian Jiu Jitsu’s initial influence has evolved into a new generation of schools such as Eddie Bravo’s 10th Planet Jiu-Jitsu which emphasizes practical “No-Gi” street-applicable techniques at the rational expense of some of the older and less relevant traditions of the Gracie Schools.  The popularized form of Brazilian Jiu Jitsu in MMA today, came through the Gracie Family, with Royce Gracie dominating UFC Championships in the early ’90’s, and Rickson Gracie similarly destroying opponents in the Japanese league Pride (since bought out by the owners of UFC) during the same era.

Kickboxing and Boxing provide the fundamentals of MMA-style “striking.”

Striking, grappling, and endurance are three primary factors that must be present in an MMA fighter who hopes to maintain dominance in a given weight class for any meaningful period of time.

Former UFC Heavyweight Champion Brock Lesnar (5-2-0) did quite well (until recently) by relying primarily on his wrestling and “ground and pound” skills to best UFC favorites Frank Mir (2 time UFC Heavyweight Champ), and Randy Couture (from whom Lesnar acquired the UFC Heavyweight Championship Belt).  Brock should have taken notice at his narrow win against Shane Carwin, in which Brock sustained a ruthless beating from Carwin’s fists during the first round of that fight.  A fighter doesn’t just shake off that kind of beating without repercussions.  Brock sustained serious facial cuts that will contribute to his developing long-term facial scar tissue, which will likely result in his bleeding profusely in future fights,  costing him money through losing fights due to referee stoppage, or at the very least medical maintenance (there are costly surgeries available to reverse the sorts of facial scar tissue sustained from pro fighting, but having learned how to box better would have saved Brock much pain and money).

Instead of learning his lesson and upping his striking skills after the Carwin fight, Brock again came with the same wrestling-heavy, striking deficient style, into his next fight with Cain Velasquez.  Not only does Cain (like Brock) come from a background rich in American Wrestling technique, Cain also dedicates consistent time training at the American Kickboxing Academy in Arizona. While fighting Cain, Brock again took way too many hits (just like he had with Shane Carwin), and then tried to wrestle Velasquez, and got thoroughly dominated by Cain’s striking, until the Ref felt compelled to stop the fight.  This loss could have been avoided, or at least lessened, had Brock learned from his experience with Shane Carwin, and spent more time working on his striking skills.  Brock’s blindness to this fact certainly cost him a championship belt, and quite a bit of money, and blood.

For Brock to make a lasting comeback of any duration, it seems apparent he’ll need to spend more time with at least a Pro Boxing coach, if not an entire striking team (Brock needs to revolutionize his approach to fighting.  Personally, I think because of his size, speed and power, losing 20-30 lbs. and learning to box incredibly well could be enough to rekindle UFC Heavyweight competitiveness in Brock’s case, depending on who he gets matched with).  But even if Brock does get his striking right, the beatings he has taken from Shane Carwin and Cain Velasquez cost him facial skin elasticity, and brain cells- two assets in future fights that Brock is guaranteed to have a little less of.  End of that part of the story, at least for now.

I wrap hands for several exceptionally talented Pro Fighters at Fight Academy MMA in Pasadena, California. And I respect many things about the way they run the curriculum there.  Co-owner, talented IFL and King of the Cage fighter Savant Young (preparing to come out to fight again in 2011), is a hard-hitter, with naturally strong hands, and no injuries to speak of (which is rare.  I attribute this to a combination his diligent training ethic -stemming from his always positive mental attitude-, and exceptional bone structure, as well as other favorable genetic traits).

Open sparring at Fight Academy’s Pasadena branch (they also have a Santa Clarita location, with a slightly different but valid coaching approach) on Fridays, and Savant is always there putting in work with many younger Fight Academy students.  In addition to their many No-Gi submission training classes every week, Fight Academy places a consistent emphasis on powerful striking technique.  I will resist calling out any other programs specifically, but it is a fact beyond argument that many MMA training gyms and fight programs, including several famous entities, neglect serious striking work for an over-emphasis on wrestling training, especially BJJ.  Having a good balance in training the 3 fundamentals (striking/standup, grappling/standup, and wrestling/groundwork), is critical.  As many of us like to say, “Hit a black belt once hard in the face, he becomes a brown belt.  Hit a brown belt hard in the face, he becomes a blue belt,” and so on, until you have an over-trained white belt on your hands.  You can ask INT MMA Coach Hugo Sanchez if I have ever personally proved this theorem, and see what he says.  This has been proven many times in Pro MMA, particularly by fighters like Sakuraba, aka “The Gracie Hunter”, who did exactly that to several of the Gracies (though Saku used his kicks, too).  But hit a good boxer in the face… well, you’ve got a fight on your hands.

In fact, Muay Thai World Council/ Muay Thai Institute of Bangkok certified Coach Joseph Del Real, is almost always in the building at Fight Academy, working with the most serious Fight Academy Fighters.  His presence there accounts in no small part for the fighting preparedness of many of the fighter’s there.  Joseph is one of the hardest working Fight Coaches I’ve ever met, and his diligence shows prominently in the abilities of his students. A solid foundation in striking is critical for any well-rounded MMA fighter, and fighters who don’t respect this fact, eventually end up losing, just like Brock did.

*(Don’t get the impression that I’m touting boxing alone here.  To round out the other side of the point about under emphasis of any of the three fundamental MMA skills, it is useful to bring up James Toney. Mr. Toney is a former Pro Boxing Heavyweight Champ with a hell of a record, who got shamed in the Octagon by 6 time UFC Heavyweight Champion Randy Couture. To say that Toney has a strong striking background, is a gross understatement.  The man was powerful, and had an astounding record all the way through his boxing career, including his exemplary Amateur record.  And it is useful to remember that the Gracie’s revolutionized the world of Pro Sport Fighting, by showing how much wrestling really can do, and they certainly deserve respect for that.

For his UFC shot, Toney trained wrestling (with a personal friend of mine whose citation comes soon, Juanito Ibarra, whom I respect immensely), and Toney trained hard, but failed to get his grappling and wrestling skills right, as Joe Rogan pointed out well in advance of the fight.  8 or so months of wrestling training simply aren’t a match for Randy Couture’s extensive experience as a 4 time Olympic Team Alternate, Collegiate All-American Wrestler, and 6 time UFC Champion. Personally, I think that so much time in a Pro Boxing Ring also ingrained certain habits into Toney, so that when he got into the Octagon, he choked primarily because of how unfamiliar and strange the environment was to him, and because Couture adeptly controlled the fight in such a way that Toney wasn’t able to effectively utilize his punching skill.

Under development of any of the three fundamentals -not just striking- can bring about a loss, but so can inexperience with the feel of an MMA fight environment, especially for fighters coming from a background of specialization in a single discipline (like Toney-Boxing, and Lesnar-Wrestling) – in that way, I see a suggestive parallel between why Lesnar, and Toney, both men coming from distinct single disciplines both lost their recent Pro MMA fights, and their ability to maximize future earning potential in the sport.)

Chuck actually works with Kickboxers to increase their knockout handpower, which should tell you something.  Chuck had several fighters at an exceptional 21 bout IFS/Red Scorpion Fight I worked at as a C.A.M.O. Inspector.  If Kickboxers are smart enough to hire a traditional Boxing Coach to help them tighten up their punching skills, more MMA fighters should definitely take a clue.

This article has provided several references for skilled Boxing Coaches that can help MMA Fighters, and Boxing Beginners (through advanced boxers), all over Southern California.  If you require additional recommendations, I am happy to be of further assistance.