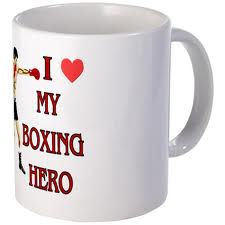 Can the courage needed to live a moral life be acquired in the boxing ring?

I offer training in both philosophy and boxing. Over the years, some of my colleagues have groused that my work is a contradiction, building minds and cultivating rational discourse while teaching violence and helping to remove brain cells. Truth be told, I think philosophers with this gripe should give some thought to what really counts as violence. I would rather take a punch in the nose any day than be subjected to some of the attacks that I have witnessed in philosophy colloquia. However, I have a more positive case for including boxing in my curriculum for sentimental education.

Western philosophy, even before Descartes’ influential case for a mind-body dualism, has been dismissive of the body. Plato — even though he competed as a wrestler — and most of the sages who followed him, taught us to think of our arms and legs as nothing but a poor carriage for the mind. In “Phaedo,” Plato presents his teacher Socrates on his deathbed as a sort of Mr. Spock yearning to be free from the shackles of the flesh so he can really begin thinking seriously. In this account, the body gives rise to desires that will not listen to reason and that becloud our ability to think clearly.

In much of Eastern philosophy, in contrast, the search for wisdom is more holistic. The body is considered inseparable from the mind, and is regarded as a vehicle, rather than an impediment, to enlightenment. The unmindful attitude towards the body so prevalent in the West blinkers us to profound truths that the skin, muscles and breath can deliver like a punch.

While different physical practices may open us to different truths, there is a lot of wisdom to be gained in the ring. Socrates, of course, maintained that the unexamined life was not worth living, that self-knowledge is of supreme importance. One thing is certain: boxing can compel a person to take a quick self-inventory and gut check about what he or she is willing to endure and risk. As Joyce Carol Oates observes in her minor classic, “On Boxing”:

Boxers are there to establish an absolute experience, a public accounting of the outermost limits of their beings; they will know, as few of us can know of ourselves, what physical and psychic power they possess — of how much, or how little, they are capable.

Though the German idealist philosopher G.W.F. Hegel (1770-1831) never slipped on the gloves, I think he would have at least supported the study of the sweet science. In his famous Lord and Bondsman allegory,[1] Hegel suggests that it is in mortal combat with the other, and ultimately in our willingness to give up our lives, that we rise to a higher level of freedom and consciousness. If Hegel is correct, the lofty image that the warrior holds in our society has something to do with the fact that in her willingness to sacrifice her own life, she has escaped the otherwise universal choke hold of death anxiety. Boxing can be seen as a stylized version of Hegel’s proverbial trial by battle and as such affords new possibilities of freedom and selfhood.

Viewed purely psychologically, practice in what used to be termed the “manly art” makes people feel more at home in themselves, and so less defensive and perhaps less aggressive. The way we cope with the elemental feelings of anger and fear determines to no small extent what kind of person we will become. Enlisting Aristotle, I shall have more to say about fear in a moment, but I don’t think it takes a Freud to recognize that many people are mired in their own bottled up anger. In our society, expressions of anger are more taboo than libidinal impulses. Yet, as our entertainment industry so powerfully bears out, there is plenty of fury to go around. I have trained boxers, often women, who find it extremely liberating to learn that they can strike out, throw a punch, express some rage, and that no one is going to die as a result.

And let’s be clear, life is filled with blows. It requires toughness and resiliency. There are few better places than the squared circle to receive concentrated lessons in the dire need to be able to absorb punishment and carry on, “to get off the canvas” and “roll with the punches.” It is little wonder that boxing, more than any other sport, has functioned as a metaphor for life. Aside from the possibilities for self-fulfillment, boxing can also contribute to our moral lives.

In his “Nicomachean Ethics,” Aristotle argues that the final end for human beings is eudaimonia ─ the good life, or as it is most often translated, happiness. In an immortal sentence Aristotle announces, “The Good of man (eudaimonia) is the active exercise of his soul’s faculties in conformity with excellence or virtue, or if there be several human excellences or virtues, in conformity with the best and most perfect among them.”[2]

A few pages later, Aristotle acknowledges that there are in fact two kinds of virtue or excellence, namely, intellectual and moral.[3] Intellectual excellence is simple book learning, or theoretical smarts. Unlike his teacher Plato and his teacher’s teacher, Socrates, Aristotle recognized that a person could know a great deal about the Good and not lead a good life. “With regard to excellence,” says Aristotle, “it is not enough to know, but we must try to have and use it.” [4]

Aristotle offers a table of the moral virtues that includes, among other qualities, temperance, justice, pride, friendliness and truthfulness. Each semester when I teach ethics, I press my students to generate their own list of the moral virtues. “What,” I ask, “are the traits that you connect with having character?” Tolerance, kindness, self-respect, creativity, always make it on to the board, but it is usually only with prodding that courage gets a nod. And yet, courage seems absolutely essential to leading a moral life. After all, if you do not have mettle, you will not be able to abide by your moral judgments. Doing the right thing often demands going down the wrong side of the road of our immediate and long-range self-interests. It frequently involves sacrifices that we do not much care for, sometimes of friendships, or jobs; sometimes, as in the case with Socrates, even of our lives. Making these sacrifices is impossible without courage.

According to Aristotle, courage is a mean between rashness and cowardliness;[5] that is, between having too little trepidation and too much. Aristotle reckoned that in order to be able to hit the mean, we need practice in dealing with the emotions and choices corresponding to that virtue. So far as developing grit is concerned, it helps to get some swings at dealing with manageable doses of fear. And yet, even in our approach to education, many of us tend to think of anything that causes a shiver as traumatic. Consider, for example, the demise of dodge ball in public schools. It was banned because of the terror that the flying red balls caused in some children and of the damage to self-esteem that might come with always being the first one knocked out of the game. But how are we supposed to learn to stand up to our fears if we never have any supervised practice in dealing with the jitters? Of course, our young people are very familiar with aggressive and often gruesome video games that simulate physical harm and self-defense, but without, of course, any of the consequences and risks that might come with putting on the gloves.

Boxing provides practice with fear and with the right, attentive supervision, in quite manageable increments. In their first sparring session, boxers usually erupt in “fight or flight” mode. When the bell rings, novices forget everything they have learned and simply flail away. If they stick with it for a few months, their fears diminish; they can begin to see things in the ring that their emotions blinded them to before. More importantly, they become more at home with feeling afraid. Fear is painful, but it can be faced, and in time a boxer learns not to panic about the blows that will be coming his way.

While Aristotle is able to define courage, the study and practice of boxing can enable us to not only comprehend courage, but “to have and use” it. By getting into the ring with our fears, we will be less likely to succumb to trepidation when doing the right thing demands taking a hit. To be sure, there is an important difference between physical and moral courage. After all, the world has seen many a brave monster. The willingness to endure physical risks is not enough to guarantee uprightness; nevertheless, it can, I think contribute in powerful ways to the development of moral virtue.

A hero is an ordinary individual who finds the strength to persevere and endure in spite of overwhelming obstacles.

If you liked this article, check out some of our other posts that you might find useful:

A *MUST READ* for Amateur Boxers

Using your Boxing for Self-Defense

How to Harness Willpower and Create Good Habits
October 30, 2016

A Riddle to Improve Your Training
October 2, 2016