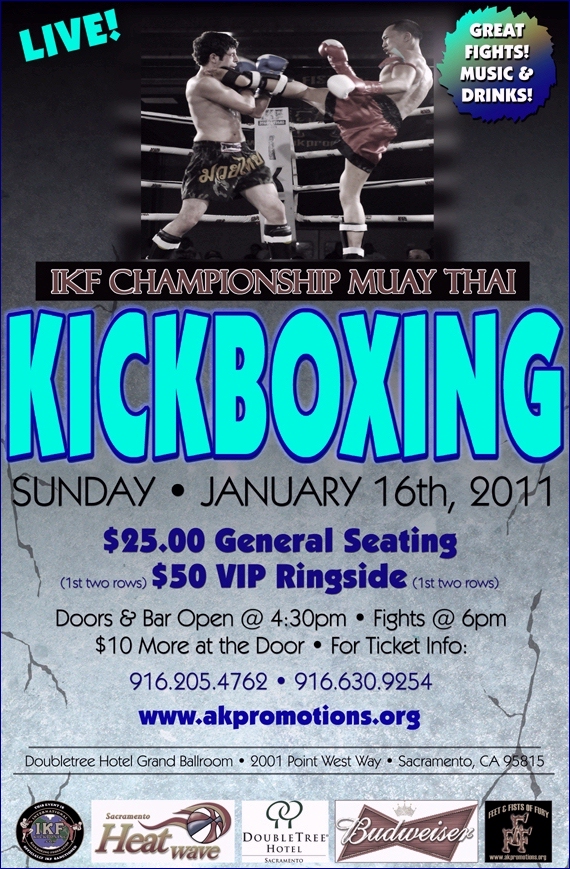 On January 16, 2011, Costa Mesa’s own Kevin “Blitzkrieg” Bee will be stepping into the ring at the Double-Tree Hotel in Sacramento, California. Kevin’s opponent, Steve Clacken, fights out of Vallejo, California under the tutelage of Trey Howard. The bout is currently listed as sixth on the card with both fighters weighing in between 147 and 153.